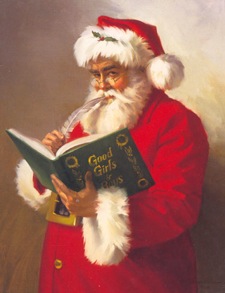 Marketing firms will tell their customers how important it is to differentiate themselves from their competitors, but to truly be seen by their target markets today, differentiation is not enough. They need to make a difference.

For decades shoppers had happily perched their tortured toddlers on Santa’s knee to have their annual portraits captured for posterity and, as happily, opened their wallets. Paying for Santa pictures had been as much a part of Christmas tradition as Santa himself. Then suddenly, without warning Kildonan Place did the unthinkable. It made a difference and out maneuvered its competitors.