Rejection … the renaissance is now

Sales people are told at the onset of their careers to expect REJECTION. It’s just part of selling. Wrong! 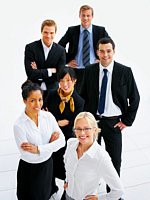 Few professions would tolerate the level of rejection ‘selling’ endures without seriously examining their methods and motives, uncovering the defects and repairing them. It would be like NASA discovering a malfunction on one of their spacecraft and launching anyway. The sad truth is that most sellers are blissfully unaware they are doing anything wrong. In fact most sales trainers still promote selling disciplines that cause rejection.

Since man learned to sell the quest ‘the close’ and ‘meeting quota’ have been all-encompassing. Almost a year ago to the day an exasperated business woman said this to me about selling. “In business I need a partner, an ally, an advisor … I don’t need another salesman.” In that quote lies the road to redemption for salespeople and for those who employ them. But what needs to change?

Postsecondary education for one. In a world that employs tens of thousands of sales people not one of these men and women has earned a degree in ‘selling’. Why? Selling is not a ‘degree’ course if it is offered at all. Industry needs to change, too.

From banks to brothels salespeople are pushed out on to the streets and ordered to meet quota, or else !!!. What the CEO’s and madams fail to realize is that those who sell no longer need to be mercenaries to attract customers. The selling profession pushes away as many customers as it attracts because the today’s buyers are simply too educated, too sophisticated and too market-savvy to make time for selfish salespeople. Traditional salespeople and selling tactics have become a liability.

For those of you sensing a huge competitive opportunity by deploying selfless rather than selfish salespeople … be ready for a significant market share spike.